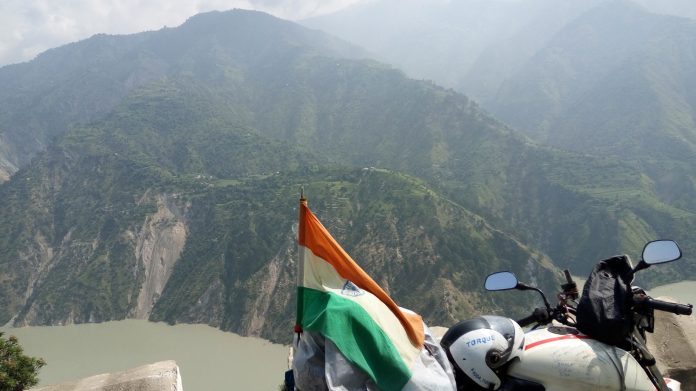 I’m an offbeat solo traveller and have been on roads from last 6 to 7 years to explore the little-known regions of India. I don’t prefer to post pictures and details about the places I navigate, as unfortunately, I see people ruinin’ them. While biking across India, I find sheer bliss in being location independent and discovering my perspective.

It was August 2016 I remember. I was biking across the hamlets of Kashmir in the perfect summer time. While I was moving from Kishtwar towards Anantnag, I met with an accident. I had reached Sinthan Top and was on my way to Vailoo. At around 11.30 pm, I met with a tragic accident while my destination Kokernag was still 30 to 40 km away. I was advised by the locals to visit CRPF and later start riding at 09 pm. In the middle of nowhere, I saw the flag of Pakistan and a car chasing right behind. It pricked the hair on the back of my neck. I was scared as hell and couldn’t notice anything at that speed. As I looked behind, I rammed into the stone and at that speed of 60, life had to turn upside down. SILENCE

My collarbone was broken, other injuries and I could feel my own shrieks. But I was rescued by the CRPF, J&K Police and STF fortunately. It was a difficult time in J&K, almost I could feel the war zone for an outsider to such brutal cacophony on a normal day with weather and forced no peace.

From this incident and experiences in Kashmir what I learned is that we need to know Kashmiri people aren’t that bad.. or rather they’re warm and welcoming. Indeed, it’s because of their innocence and friendly approach, my journeys and accidents are worth inspiring for me to get into more conversation, trust them and do my bits in return.

While riding on the mountain, many a times disc brake stops functioning well. It’s a common issue while navigating in the heights. So, I would suggest to purchase a regular water bottle and make a hole in the cap. Then force the water on the disc brake’s plate and magic will happen. Squealing will be fixed. Simple technique or jugaadd I would say.

Also, while travelling solo, actually we aren’t solo.  We are with locals, nature and so much happening around. So, courage is the key to everything. So, trust the locals and be kind.

Now I’m mapping trotting Gujarat. I feel Gujarat as a land blessed with everything from desert, hill, beaches, islands, and vibrant culture to the forest and much more.