Solo travelling is something which has several meanings for different ages. It means adventure, pleasure, exposure, research, freedom etc.. We all have our own reasons for travelling.

Now for STM, it’s time to explore new meanings with the seasoned travellers to learn and understand their perspectives

STM is coming up with meet ups to explore more stories from Travellers Any of Ages!

#Meet: First Speaker, Sonal Sancheti , Partner at Opolis Architects is an eminent persona in the world of architecture. A graduate from CEPT, Post graduate fro the Southern California Institute of Architecture, Los Angeles, Sonal has travelled the world extensively and has been imbibing art and architecture from all over the world and had a keen interest in Traditional Japanese architecture.

Having worked with World famous architect Fumihiko Maki in Tokyo, Sonal has developed her own creative distinctive style and started OPOLIS in 2001 with Rahul Gore and have made it one of the leading architecture firms in the country with their technical expertise and creative vision and their work has been published and appreciated in national and international magazines.

Mimansa Shukla is from Ahmedabad and has a rich experience of 20 years of working in Corporate and Social Development with NGO s and UN sectors. Currently working with Torrent Group in their CSR department, Mimansa has had her past assignments with UNICEF and numerous national as well as international NGO s, management consultancies and corporates. Holding a degree in Law from Gujarat College and numerous post graduation degrees in Labour welfare, Humanitarian Assistance and International Development Management from UK.

She started trekking at the age of 20 and has completed 35-40 treks as solo trekker and team leader. In her leisure time she is into bag packing, traveling and reading and is also interested in meditation and alternative healing and has choreographed for and organised and performed at a number of folk dance shows.

A well known Indian actress, Bhavini Jani has earned accolades for her work in the Gujarati Film Industry. Being a part of the industry since the 1975, Bhavini started as a child artist in the film”Sheth sagalsa”And has worked in 96 Gujarati movies and 3 hindi movies. Being active also on the social front, Bhavini has worked for HIV affected girls and street children. She has also starred in some of the recent Gujarati hits such as Thai Jase and Baap Vechvano Chhe alongside Deepak Gheewala, Umang Acharya and Hiral Patel.

She is passionate about her work as much as she is about travel. Having covered Uttarakhand and Prayagraj in her solo trips, Bhavini has covered 35 states in 45 days . She has travelled extensively to Kashmir, Vaishno Devi, Haridwar, Gujarat, Madhya Pradesh and abroad to places such as Europe, Dubai, Thailand, Singapore, Malaysia, Africa, Dublin, Ireland, Canada & USA. Bhavini would be sharing her travel stories with us. 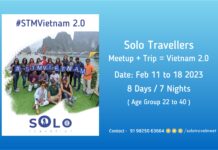 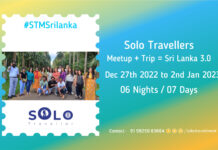 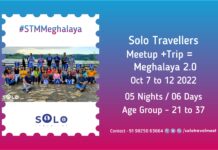