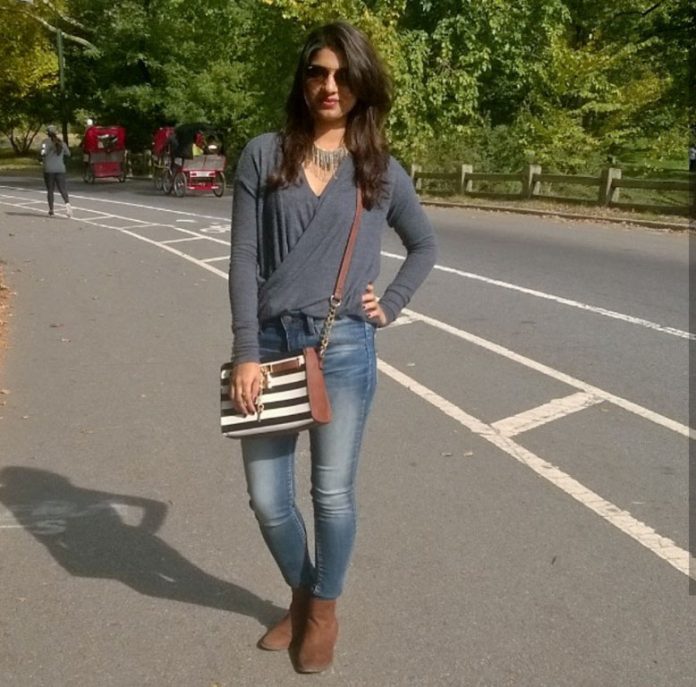 ‘Jet Lag’ is the most comfortable mode she resides in. Having traversed 17 countries so far, Meet Tanvi Joshi, who is all set to illuminate a 1000-year old Himalayan village next month.

Know her encounter with Hollywood hunk in this interesting-strange story:

Tell us something about yourself

Ah, I remember watching those travel channels during my childhood along with my father. He was the one who sowed the dream to seek journeys. As a kid, I used to watch airplanes and wonder what it would be like to board on one. To become an air hostess had become my dream ever since then.

At 21, I graduated in Mass Communication from Mumbai, but my heart was set on globe-trotting. After working in for a year, I applied in the airlines and I got through. I chose Kuala Lumpur to join Malaysia Airlines to kick-start this thrilling voyage. Today I would brag of having travelled to 17 countries and 103 cities. Most of them were solo because you don’t really wait for someone to adjust to your schedule when the desire to make the most of the place, is a priority.

Travel – this word not just means the typical sightseeing, photographing, and souvenir shopping, but embracing the culture, the food, the people, the local ways, even the language sometimes.

I have travelled to New York City at least 5 times.

But the one moment that I remember vividly was during my first trip there, back in 2006. I landed and was occupied reading the tabloid. And here, I came to know that Tom Cruise is going to be at Times Square for the promo of MI3. The next day, I was all geared up and ensured that I was well on time to be able to get a front row view. But there was a bit of crowd by then and these American men were towering over me so that I couldn’t really manage a picture. The guy behind me saw my excitement, my struggle and asked if he could help me. I didn’t know how he meant, but I agreed. Next thing I know he picked me up and I was directly facing Tom Cruise.

Not only that this man had moved forward and I could get a handshake with the heartthrob. Aww, I giggled like a girl too. That one incident totally made my trip.

What are the most popular places to visit?

My favourite place in terms of beauty is Cape Town, but I am more of a New York City person.

I would also recommend watching a classic Broadway show like Wicked or Aladin.

I’ve a long and stunning experience of peregrinating around the world. I commenced right when I was in college at 18. So I don’t have any such anxieties or fears. I’m always well-on-time to ensure that I catch the flights/trains.

“To awaken alone in a strange town is one of the pleasantest sensations in the world.”- Freya Stark

Always blend in, so as to enjoy being a traveller, walk instead of taking an Uber, try local food, learn that dance, speak a few words in their language. At the same time, don’t lose the sense of wonder.

I’m off to Ladakh to electrify this remote village of Hipti in August. It’s a social enterprise.